A downloadable game for Windows

This is a short horror-themed jam game I created for the Halloween season as a creepy present! :3

You come home from a long day at work to find your partner cooking dinner for you, but something isn't quite right...

Please note that due to the nature of the game, there are some things that people may find upsetting or disturbing, such as:

This game was designed to be a present for the Halloween season and was free to download for a limited time. It is now available to purchase for $2. However, there are community copies available for those who cannot afford to purchase a copy :3 If the community copies happen to run out, and you genuinely can't afford to support the game with money, please contact me and I'll get a download key sent to you no questions asked. I'm perma poor, so I know what it's like to not have the funds available to buy the games you wanna play ^_^ melancholicmarionette@gmail.com

If replaying the game from the beginning in order to see all the different endings is too tedious, you can press the S key at most points in the game to save :3 Then you can reload and play from there. Sadly, if you save near to or during a timed choice, it can sometimes result in a bugged save, that when loaded, will cause the game to become very laggy for some reason >.<

Need help finding all the endings? This walkthrough spills the beans. Please note that it contains spoilers! You can find it here :3

For full credits, please see the text document within the game folder.

There are probably some little bugs since I haven't had time to do extensive testing due to the submission deadline for the jam. I will post about any bugs I find when I get a chance. If you happen to spot any that I haven't listed, please let me know so I can add them + fix them :3 I don't have a mac to test on, so I have literally no idea if the mac version even runs >.< I know mac + Tyrano don't like each other very much though :( I know that using the skip text function can cause issues/crashing! Also, messing about with the volume controls in config can result in odd volume levels... I dunno why, I use Tyrano's default config options but they must be broken. I don't think quicksave or quickload work either for some reason (another Tyrano thing I dunno how to fix!)

I also want to say a huge thanks to the voice actors for volunteering their talent to help bring this project to life :D

I hope you enjoy the game! Happy Halloween \^_^/

In order to download this game you must purchase it at or above the minimum price of $2 USD. You will get access to the following files:

Support this game at or above a special price point to receive something exclusive.

Free community copies are available for those who cannot afford to support the game with money :3

Hello , I bought the game for mac but I can't start the game ? Can someone help me ?

Hey there! Thanks so much for your interest in the game :3 I'm really sorry to hear you're unable to start it :(

Unfortunately, games made in Tyranobuilder and exported for mac only seem to work for 50% of people for some reason. I have asked for support from the engine devs regarding this issue, as have other uses of the software, but the discussions have pretty much ended with the community rep saying that the engine devs say that macs are awkward and don't play well with whatever it is they use in the engine >.<

It runs on my friend's work macbook, but that's the only person I know with a mac, and I personally know nothing about macs because I've never owned one myself :(

Since releasing this I have decided to stop using the Tyranobuilder engine because I'm really fed up with the lack of support. Telling people that macs are awkward is not a good enough solution >.<

The following is a list of suggestions that were given in order to possibly get Tyranobuilder games to work on mac, but they only seem to work for some people, and not others:

1) This was suggested by someone on the Steam Tyrano support forums : "Now, on Mac, I'm not sure if the problem is that people need to open the package with something like The Unarchiver instead of the native tool: https://theunarchiver.com/. That is a known issue. You might see if someone can test that method for you."

It's very frustrating whenever I hear that something isn't working as it should :( I don't understand why the engine features the option to export games for mac if they only work for 50% of people. It seems as though the devs of the engine just don't care about fixing things like this, which absolutely sucks.

Would you be able to play in a browser at all? As I could attempt to upload a browser version instead.

I am now using a completely different engine to make future games, so I could also try to remake this game in the new engine, but it might take me a week or two to complete it because I'm still only just learning how to use the new engine.

Again, I'm really sorry you've run into issues with this. I'm not sure how refunds work on here, but if you can't get the game working, you should absolutely get a refund :3 Thank you for buying the game! I hope that you can get it working. If you want me to try exporting a browser version, please let me know which one you wanted to play, the male voices version, or the female voices version.

I hope you're managing to stay safe :3

There is also this thread which I just found:

It's okay, thank you for the response :)

Hello, i seem to only be able to get 4/5 endings. I can't get the ending after inputting the puzzle word. i followed the walkthrough but it didn't work. If you can please help. thank you so much

Hey hey! Thanks for playing :3

The ending for completing the puzzle should trigger automatically upon successful puzzle completion, so that's odd. It always triggered when I played through each version to test it. Are you hearing a sound after inputting the last character of the code that sounds like a sorta 'correct' sound effect, rather than a 'wrong' sound effect?

It shouldn't send you to any other ending because completing the puzzle successfully should automatically lock you in to 1 particular ending with no way out besides reloading an older save.

To help me find out what's going on, other than the question I already asked, could you please let me know the following:

Which voice did you select for your playthrough out of voice 1 and voice 2?

When you finish inputting the code for the puzzle, what is the first line that your partner says to you?

Are you putting the '!' character at the end of the code?

Beneath a spoilers header or just emailing me at melancholicmarionette@gmail.com could you give me a brief description of what happened in the endings you've seen already?

Hopefully, with that info, I should be able to figure out what's going on :3 Hope you enjoy the rest of your weekend!

Just to update you regarding the puzzle. I have found a bug which sometimes causes the  puzzle input to be considered incorrect for no apparent reason o.O I can't replicate it at all. It just seems to happen sometimes and not others, like somehow the save data can bug itself. Starting a new game with the same voice seems to fix the issue. I have no idea what could be causing it in the first place though >.<

I remember seeing this game played lived on the stream, it was really cool, and I like the story dialogue and how there was a secret code word needed. Really thoughtful, good job.

Thanks so much for your kind words :3 They mean a hell of a lot to me <3

Your game was amazing! Even if I did totally suck at it x3 and the art was so gorgeous it blew me away :D

amazing game!! i loved this!!

That makes me super happy to hear :3 I'm so glad you enjoyed it! Thanks so much for playing + taking the time to leave a comment :D

no biggie xD keep up the good work!!!

(spoilers?)So I could only get four out five of the endings and when I went to redo one it didn't take my answer (which was right before) so I was wondering if someone could help me, please?

I just woke up and saw this :3 I shall go make a mini walkthrough ASAP, haha. What I'll do is I'll post it as a devlog + link to it from the game page! That way, if anyone else gets stuck, they can just check out that post.

Yeah, annoyingly, sometimes the saves can break if they're made near or during timed choices for some reason >.< I have no idea why as this is the first time I've used timed choices. I'll be looking into it after the jam is over though.

Thank you for playing :3 I'll try to get that guide up quickly!

I managed to get a walkthrough up :3 It's here!

Thank you so much!

You're very welcome :3 I hope that it helps!

That was fun! I enjoyed the little twist of the narrative where (spoilers i guess??) it's the player being the impostor this time around! (It does raise the question tho, how meta is this, are we playing an impostor or are we the impostor? Cool nonetheless)

Took me a while to figure out (hopefully) all endings, one of those by complete accident, too- but it was a good kind of struggle.

All in all it's a fun short little game!

Aww, that makes me really happy that you enjoyed playing :3 Cheers for commenting as well, much appreciated!

I guess it's kinda spoilers, but it's a pretty short game anyways, haha, plus it's all somewhat subjective anyhow I suppose :D

There are 5 endings in there in total but 2 of them are incredibly brief / more like bad endings x3 I would've liked to have a few more, but the jam deadline was so tight I didn't get a chance, haha. Figured I better just focus on getting it completed!

it was so fun!

thank you for making this game l really enjoyed it.keep it up and make great games like this!

Thanks so much for taking the time to check it out + comment! I really appreciate it :D It was a lot of fun to make, and I hope I can make more short games like this in the future because it's a nice break from working on longer projects, haha. 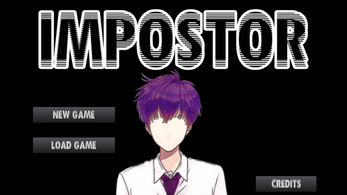 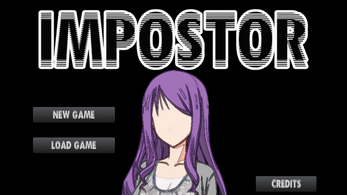 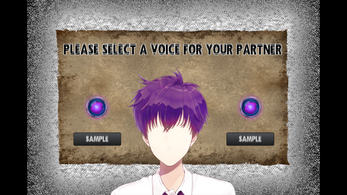 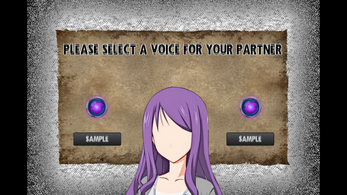 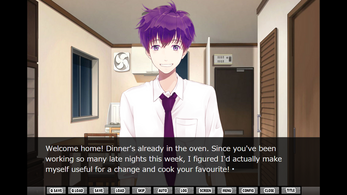 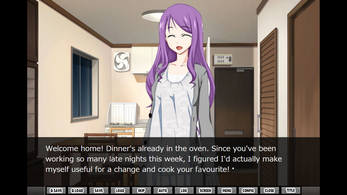 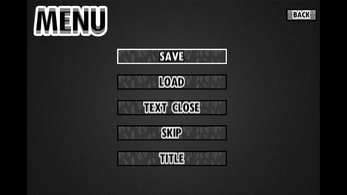 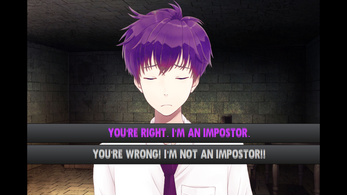